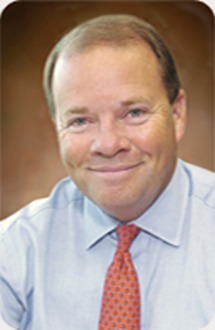 In addition to being a co-founder and Board Member of Advanced Cancer Therapeutics, Ty Wilburn is a general partner and cofounder of the Yearling Funds, venture capital funds focused on early stage companies. He is also a director of a number of companies (both public and private) and community organizations. From 2002 to 2012, Mr. Wilburn was Chairman and CEO of Merit Health Systems, a private equity backed owner and operator of urban community hospitals. Merit was sold in 2012 providing a substantial return to its investors. For six years prior to Merit Mr. Wilburn actively invested his personal
capital in a number of early stage companies, often taking a board seat. During this time Mr. Wilburn was the founding Chairman of Aptamera, a cancer drug development company formed out of the Brown Cancer Center at the University of Louisville. As Chairman and initial investor, he raised the seed funding for the company, helped with subsequent fund raising, helped form a board of directors, and assisted in the company’s development. Aptamera was sold in 2005 for approximately four times the company’s paid-in capital.

In the early 90’s Mr. Wilburn joined Community Health Systems, a small young hospital company in Nashville. During a five year span, he helped grow Community into a major player in the industry; taking it to the New York Stock Exchange and, as CEO-elect, led the very successful go-private sale of the company to Forstmann Little and Company. Prior to Community Health Systems, Mr. Wilburn spent eighteen years at Humana in various senior positions.